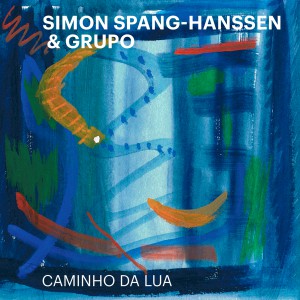 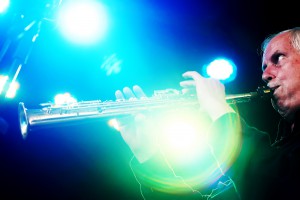 “BIRD IN SPACE is a well-produced and consistant CD, which , by it´s charming and evocative  music, to a high degree, leaves the listener with an impression of flying”

“Spang-Hanssen’s very personal and easily recognizable way of writing fits naturally into the Brazilian
musical style, not the least in “Moonstruck”, in which both he and Bitran has particularly worthwhile solos respectively on soprano-sax and flute.” 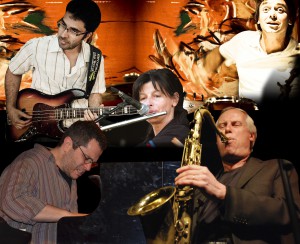 Notes about “Bird in Space” :

My first meeting with Brazilian music took place in the late seventies in Copenhagen
when I met drummer Chuim and pianist/composer Mozar Terra Vieira, both members of the legendary group “Boa Nova” which had settled in Denmark after a stay in Paris. We played together in various settings, and I would often go to Chuim’s place to listen to Tom Jobim, the early Sergio Mendes sextet-recordings, Moacir Santos etc. Learning the ingenious compositions of Mozar, Guilherme Vergeiro and others was an ear-opener towards a different musical universe; at that time I was mainly into modern jazz (Coltrane, Rollins, Ornette Coleman etc.).
In -83 I had the chance to start a longer collaboration with composer/drummer Nenê
in his sextet “Nenê’s Band“. I had already heard him perform with Egberto Gismonti and was very impressed by his work as a drummer, and I also listened to his first album as a leader “Bugre”, featuring a series of his compositions, which are still a great influence. The occasion was welcome, the band toured in Denmark and France and included also Zabelé, vocals and percussion, Jesper Nehammer, sax/flute, Mozar Terra, piano and Jesper Lundgaard on bass.
In -84 we did a tour in France of about 10 festivals sharing the bill with Hermeto Pascoal & Grupo, which at that time counted: Carlos Malta, Jovino Santos, Itiberê Zwarg, Marcio Bahia and Pernambuco. To me it seemed a complete submersion in contemporary Brazilian music! The concerts usually lasted 3 or 4 hours (sometimes more), and generally ended by the two groups joining forces and often in the street…
The group recorded “Ponto dos Musicos” after the tour.
After moving to Paris in -85 I continued playing with Nenê, we recorded “Minuano” in
-87 with among others Cacau on saxophones and flute.
Flutist Mariane Bitran also participated in several projects in Paris at that time, recordings Nenê’s arrangements for artists such as “Les Etoiles”, Novelli, Nelson Angelo and a huge project at the UNESCO (in which I also performed) with among others Marcia Maria and Monica Passos.
A certain Brazilian influence has been present in my compositions ever since, and it was with a great pleasure that I accepted the proposal by Rose Pidner of Veredas Produçoes to play at the Museu da Pampulha in Belo Horizonte with the outstanding musicians present on this album.
Irio is a fearless and virtuoso adventurer, Enéias has a personal and groovy bass-concept and drummer “Limao” sets the world on fire (in his own subtle way)…
Simon Spang-Hanssen Copenhagen april 2011
( Irio Junior is the pianist on the groups first cd “Bird in Space” )