music by and lyrics by S.S.H. 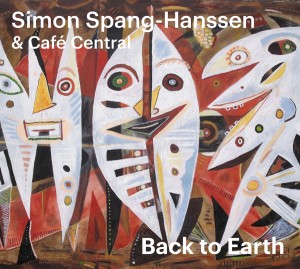 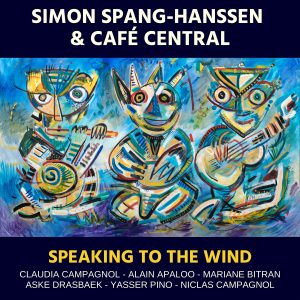 “…a clear example of Spang-Hanssen’s ability to make the rhythm-section,
vocals and horns melt together into an organic whole and to incorporate
lyrics and vocals into his colorful musical universe.”
…it is a wonderful release, sparkling with life and joyful music-making.”

A new project in which the leader has his debut as a songwriter; the music is based on jazz with influences from Brazil, West-Africa,the Caraibes, r&b, funk, Ellington, Jobim, Wonder, (to name a few favourites)… featuring Sahra da Silva and Alain Apaloo on vocals in front of an international team of strong musical personalities.

Sahra Da Silva, born in Copenhagen (DK)
” Somewhere in between soul, blues and jazz she stands like a rock, growing and with a voice that get’s bigger and more intense every day”  Copenhagen born Sahra da Silva, has been an established member of the Danish blues scene over the last 10 years. She har performed with a great number of Danish soul and blues artists, among others  ha Mike Andersen og Thorbjørn Risager, has warmed up for British soul-singer Joss Stone…plays with Funky Fellas w. Jacob Artved and Felix Moseholm, The Jagged Soul, Havfruerne, Alain Apaloo…
https://sahradasilva.com/

Alain Apaloo, born in Togo in 1976. Began playing early with a.o. Jimmy Hope and Kojo Antwi.
Diploma from the Rhytmic Conservatory in Copenhagen in 2003. Has performed with Ken Lending Blues Band, Paul Banks, Dan Hammer, Jakob Dinesen, Arnold Ludvig Sextet and with his own groups: Mezzy Slide and the Crew (quartet), Trio with Morten Ankarfeldt and Rasmus Lund, “Api Pipo” with Kurt Rosenwinkel as a guest on the second album “Nunya”, “Twin Tribe” ,duo with Ayi Solomon. Solo performances in Denmark, Sweden, U.S.A.

Born in 1983 in Denmark. Has studied in Skurup in Sweden and at the Rhytmic Music Conservatory in Copenhagen. Plays with amog others: The Kultimangoes (with Michael Blicher), Aske Drasbæk Group (with Per Moellehoej), Gemmer/Estola Quartet, Orpheus.